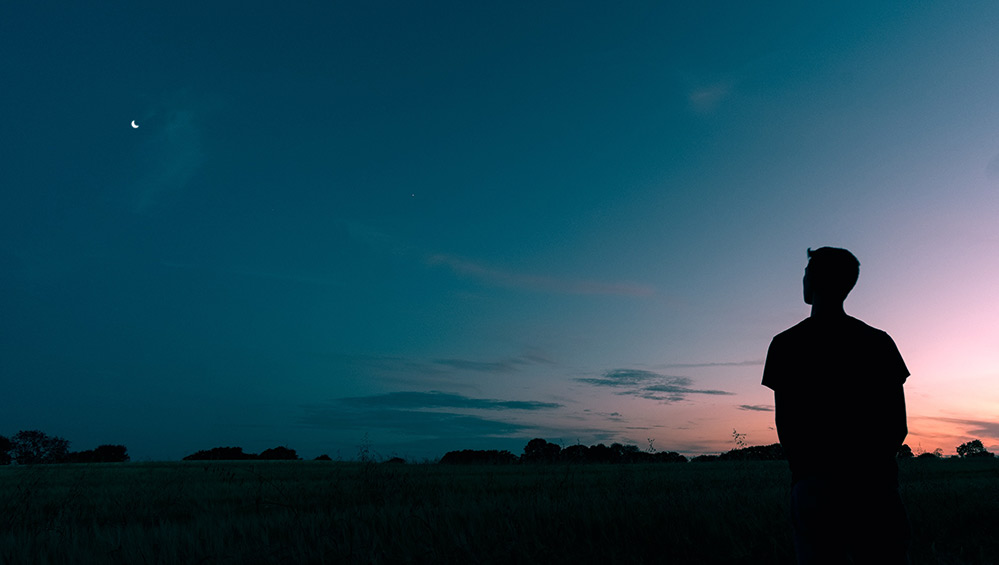 I’d like to talk in this article about a specific kind of depression, linked with the stresses of growing up in the shadow of narcissistic parents.  As I wrote in my last article “What is Narcissism”, a narcissistic parent is akin to Geocentrism: they have an insistent need for the Universe to revolve around them, and a concurrent, linked need to devalue the other.  To quote the Highlander movie: “There can be only one!”

Modern developmental psychology shows that one of the fundamental things that any young child has to do is to go into the world, to be mirrored and mirror, to give and receive, to see and be seen.  This is a picture, though unequal in terms of size, age and power, of mutuality.  If a parent is narcissistic, none of these vital things is going to happen on a reliable basis: narcissistic people do not relate mutually, but monadically – by which I mean they insist on their own perfection, perspective and “rightness” in an effort to maintain their superiority and stability and in so doing, deny the separate, legitimate existence of others.  Narcissistic parents demand conformity unto themselves, a folding-in of their children and partners, and create an environment in which rebellion feels like the only alternative to submission – a false one as it turns out, since the narrative of rebellion remains in reality “all about them”.

As an adult survivor of narcissism, it’s important to know how this has affected you.  I’m going to use a fictionalized example to talk about how one outcome, depression, is experienced by many of the survivors I’ve worked with.

In Russian, the name for a Russian Doll is Matryoshka .  This is the type of doll, originally made of Linden wood, that comes apart in the middle to reveal another smaller, but otherwise identical version which also splits to reveal another, and so on until the smallest doll, which is always present at the centre.  The word Matryoshka has its roots in the meaning: feminine, or mother. Likewise, it’s easy to see why people associate the beings inside, especially the smallest one, with babies.

When I talk with adults with depression resulting from a traumatic relationship with a narcissistic parent, the conversation often goes in a similar direction.  This is a fictional example, based on many real life ones. These are the words of “Alice”:

“I want to get out of bed, feeling refreshed.  I try to do it, but I’m groggy and tired. At work, same thing.  I don’t even really feel a part of it…I’m removed somehow and can’t be bothered.  Other people annoy me, I’m alone wherever I go, and it’s not just that I’m unhappy – I’m filled with uncomfortable feelings.  I ache, I’m anxious, I’m full of dread and negative, morbid thoughts. It gets to the point where I hate myself.”

In these words, you can hear a person who believes “I” to be a simple, unitary thing.  To quote Freud (see previous essay), she believes that she’s “master of her own house”.  Read more carefully, and you can hear tension between parts of her self, a bit like the parts of a Russian Doll.  The outermost part can be heard with its adult, frustrated voice at the beginning of the paragraph; it appeals to the logical side of the speaker.  She knows, after all, that getting up and feeling good is something she wants in order to experience health and vitality. But she’s confused and angry that the rest of her won’t play ball!

This person, in the course of therapy, becomes aware of this strange tension, and comes to question the identity of her innermost aspect – the part she is so frustrated with.  Over time, we come to see that this part is acutely sensitive to the outside world and that, when triggered grows intensely anxious, sometimes hateful and urgently wants to retreat from the world – a kind of inner flight.  This is what has happened in our example above: the vital core of this depressed person has retreated, deep into the waters of the mind, and none of her frustrated everyday “outer” self does much to help.

But why is this retreat happening in the first place? She asks.  In response, I ask whether the innermost part of the Matryoshka might be able to tell us.  This part of her sounds frightened, I say, as if it’s convinced the outside world will dominate, reject and humiliate her.  Just like my father, she says, deep in thought: sometimes my mother too. Whenever I really needed to feel heard or seen, they got angry, as if I was criticising them, or they found another way to make it all about them.

As we talked, Alice began to understand her internal world and to feel a greater measure of empathy for the traumatized, innermost part of herself.  It’s not long before she recognizes the tone of her frustrated “logical” outer self – it carries the tone and even some of the language that her parents used to use on her, with the same net result: the devaluation of a wounded inner child and further retreat into depression.  It’s not just external relationships that Alice needs to work on, but inner ones too. Just as the Matryoshka carries the baby, Alice needs to learn how to carry this vulnerable and highly sensitive part of herself. The innermost part of the Matryoshka never goes away, but she can learn to acknowledge it differently, listen to it carefully, and never again feel that it shouldn’t exist.

A few months later, during which we continue our work together, Alice comes into my office with a broad smile.  I ask her how she’s doing. She looks at me and holds my eye:

“When I first came to see you I didn’t even know how stuck I truly was.  I can’t tell you everything I’ve learned, but I want to say this to you: I know that depressed side of me now.  I’ve learned how to love that vulnerable, scared, young part of me…and I will never ignore her again. I’ll never let her down.”

Then she tells me of a memory that she’d held for many years, but had always concurrently dismissed:

“I can’t remember how old I was.  Maybe four. Maybe six, I don’t know.  I was standing in the living room, alone.  It’s very hard to explain, but I had an experience, like…I’d always imagined the world to be one way, and I was suddenly made to question it.  In the old way, there was just my lens on the world.  You’ll laugh, but it felt to my young self that the world was incredibly complex, but it made sense that way.  The new way that I was wondering about was different, unimaginably complicated, so rich I couldn’t believe it didn’t fall to pieces or explode.  The new way was filled with different lenses, as if each were a world in itself – how could that be?! How could reality all hang together like that without endless conflict ensuing?  And yet, I knew it was true. I knew I had to accept it, and returned to it over and over for a while, wondering if I was just silly. At the same time, I eventually knew I’d reconciled myself to something very important, and that I might have become stuck if I hadn’t.  Even so, thinking about it now I realize I was still stuck – life was an endless fight after that.”

We had succeeded in bringing Alice out of her depression for now, but this innermost part of her would often want to tug her back and away from the world.  Sometimes she’d talk about the baby Matryoshka sinking inside or wanting to panic and rage, and so dominate the entirety of Alice’s experience. We’d talk about how to honour, help and calm her.

With our work had come a distinct memory in which she’d first wrestled with the idea of a multi-polar world – the realization of which her parents did everything they could to squash.  From here on in, we’d return to this phrase of hers: I will never ignore her again.  I’ll never let her down – a phrase which carried the sense that her vulnerability was no longer alone, hated and blamed out of existence.  Taking herself seriously and learning self-care will require not only mindfulness, kindness, discipline, understanding but also so-called “healthy narcissism” – the ability for Alice to become her own being, her own centre that (unlike her parents) doesn’t need to devalue and deny the other, but instead is able to build on all the hard work we’ve done together and accept the existence of the other with nothing less than love.