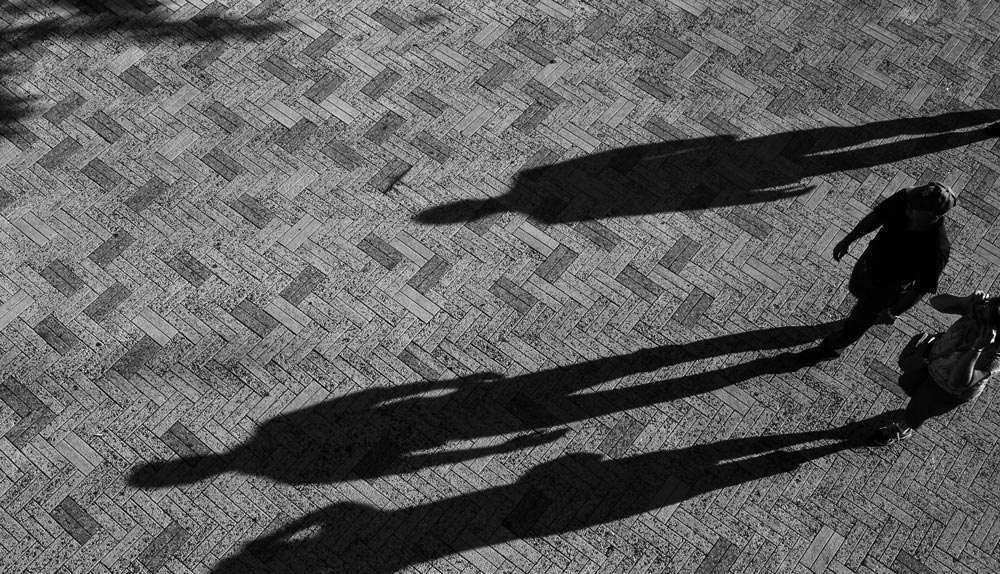 Current events in our culture or family lives can lead many of us to raise our hands in despair, and ask: “Why do (other!) people never learn?” Things can seem so bad, on so many fronts that we can feel overwhelmed and powerless. This article is intended to highlight a connection between prevailing problems we encounter in apparently unrelated areas of life: the problem of objectification.

Human beings are able to imbue objects and animals with human characteristics. This act is known as “anthropomorphism”, and it happens all the time. Look no further than children animating stuffed toys, or Disney’s success for examples of how we can do this. Without so much as a blink, we are also able to engage the far more dangerous opposite: we can perceive people as objects in a psychological act we refer to as “objectification”.

For the purposes of this discussion, I’m going to use a concept that Carl Jung borrowed from William James: the concept of “nothing but“. When we describe, or view another person, or ourselves, as “nothing but x”, we have objectified, because even if x is an idea, we have still reduced a subject to a static idea, from which they cannot easily escape. Whether we reduce people to an actual object, or to a concept doesn’t matter. If we say that our neighbour is “nothing but” a snowflake, a banker, or a pain in the neck, we have in our mind objectified them.

“Nothing but” is a magic trick that affords us great power. We can, for example, stand on a hill, looking out over a forest, and reduce its value to a series of numbers or characters on a spreadsheet. It is nothing but timber, and profit. Similarly, we can look in the mirror, or across at our neighbours from a different perceived tribe, and pronounce ourselves or them, “nothing but”. “Nothing but” is the feeling when we’re shouted at in a road-rage incident, or when we try to phone a company, and are told our “call is very important, please hold”, when we know that is not the case.

In the act of objectification, life-forms effectively become dead to us, objects with which we can do what we like. Subjects become objects because objects can be used by us, and can defined by their utility alone.

If we’re not certain whether we’re objectifying others, or vice versa, a good measuring stick is this question of use: to what extent are we using, or being used? This is not necessarily a binary issue, but we use objects, not people. Things we use don’t require respect; they just need to fulfill a need for us consistently. So, a good boss will wish his employees well for their own sake, and an objectifying boss will merely want his employees to perform a function optimally, by whatever means necessary and without empathy. People, in his eyes are in essence, faulty robots. Similarly, lovers may decide to use one another to satisfy needs and desires, or in the example of unipolar objectification, an individual may nefariously try to utilize another for his, or her own ends. By contrast, as two subjects, priority is given to of the wellbeing of the other person, each of whom demands, and receives, respect.

The correlation between objectification and utility is also high in the case of the scapegoat; another instance in which a subject becomes an object in our minds. The scapegoat, above all, is useful, since they provide a cowardly route for the projection of in-group evils onto a vulnerable other. By doing so, the in-group gains both a sense of cohesion (because it can define itself as all-good) and a sense of power, because it has overcome ambiguity, albeit through an act of magical thinking. The scapegoat is labelled and conjured into an object, which may be treated any way we like, since objects are not like us. Objects rather, are things we use, and scapegoats are useful to us in the most Machiavellian way. Sadly, this occurrence is common to a great many groups, including families. In the act of scapegoating, we turn subjects into objects without a moment’s thought.

To fully accept that another, valid subjectivity exists requires the abilitiy and will to give psychological space and time to that subject. One has to listen, without interrupting, and to engage with curiosity and empathy. On a crowded street, this is not possible, nor desirable; to do so might be overwhelming. We are, however, able to accept, even in large groups, that other people are in large part a mystery to us. When we objectify, we remove our respect for the mystery of another subject, and put a label, number, or use in its place.

Human beings are so susceptible to objectifying others that we need instruments of culture to rein in our worst impulses. Institutions of the law are imperfect, but punish and prevent such things as violence and child neglect, and therefore often dissuade objectification. We are reminded by the law to rein in anger, to avoid drunk-driving, and not to defraud others. One might argue that the law is meant to remind us to respect one another as subjects. Major institutions, like the United Nations are meant to dissuade one nation or ethnicity from treating another like a thing to be manipulated or abused at will.

Concurrently, we experience through culture, things that persuade us to objectify. Instruments of self-interest are the most obvious examples. Commerce itself is an extension, in which nature and people can easily become objects to be exploited, manipulated or made use of. People can become subservient to the balance sheet in slavery, and all manner of other abuses of the human “resource”. Mathematics often enables this process since it is an abstraction, that pretend to represent the real world, but actually only represents certain, chosen aspects of it. As such, it provides a stepping stone towards the “nothing but” that denies the richness of subjective experience. A series of numbers can sum up neither a forest nor a human individual.

Kant, in Lectures on Ethics, discussed how sex in his opinion, is inherently objectifying, and therefore inherently problematic. Marriage, he thought, was the only institution that could save us from peril, because only there could our subjectivity be reliably returned to us. Carl Jung approached the problem of objectification too, decrying rational materialism that could result in a psyche being treated as mere “chemical secretions of the brain”. These writers were concerned that humanity could be reduced in a systematic fashion. Through objectification we can become subservient to, or equivalent in perception to, numbers written on pieces of paper, to algorithms, to use or base materials.

I sometimes think of psychotherapy as a space designed for subjectification:

a safe place, where the objectified self that so many of us carry can be expressed, and integrated through exploratory, non-judgmental conversation. When this happens, we can move from meaninglessness, anxiety, panic and low self-esteem, to a sense of meaning, calm, dignity and self-respect. Therapy is also a place where we learn our blindspots; when we turn tables without noticing, and objectify the other.

As a therapist, is common to meet with people who, when children, knew neglect, or who felt like they were nothing but a flat character in a more powerful person’s story. Growing up in the shadow of narcissistic parenting means growing up as an object, and not receiving the respect that a growing human being requires to develop a healthy psyche.

Sadly, there are people, systems and institutions that objectify others routinely, or in a heartbeat treat others according to how useful they perceive them to be. Objectification can be handed down, generation to generation, creating cycles of destruction. But in the course of a life, surrounding oneself with objects is the very definition of loneliness, and is fraught with disrespect to oneself and others. It is hard to imagine a more devastating aspect of humanity than our predilection for treating subjects as objects.

When dealing with the magnitude of problems that affect us as individuals, it is sometimes helpful to leave our silos. When we do so, we can see that the problem of objectification, which can feel so personal, has left a trail of destruction elsewhere, in a terribly broad swathe of human life. Our fight to contain the impulse to objectify is actually a common one, shared between disparate and opposing groups. The brighter the light that is shone upon this aspect of our psychology, the greater the chance we have of reining it in. Through a variety of means, we can then reduce its destructive potential, and promote what really matters: nature, and human being.